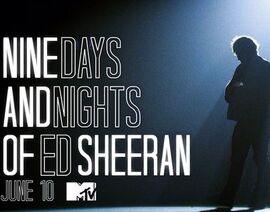 Nine Days and Nights of Ed Sheeran is a documentary by MTV that will capture the story of the British singer-songwriter Ed Sheeran at a turning point in his life and career. It premiered on June 10, 2014.

In this 60-minute documentary film that will take fans inside the world of British singer-songwriter Ed Sheeran, one of the fastest-rising stars in pop music today. With extraordinary, intimate access to Sheeran, this film will be a portrait of a young artist at a critical juncture in his life, filled with the energy of a career that he hopes is largely ahead of him. 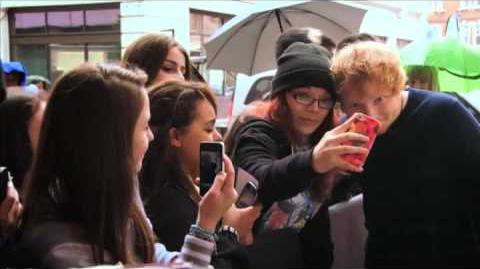 Retrieved from "https://edsheeran.fandom.com/wiki/Nine_Days_and_Nights_of_Ed_Sheeran?oldid=8203"
Community content is available under CC-BY-SA unless otherwise noted.