Late Night with Jimmy Fallon is an American late-night talkshow that aired weeknights at 12:35 am Eastern/11:35 pm Central on NBC in the United States. The hour-long show, which premiered on March 2, 2009 and ended on February 7, 2014, was hosted by actor, comedian and performer Jimmy Fallon, an alumnus of Saturday Night Live. Hip hop/neo soul band The Roots served as the show's house band, and Steve Higgins was the show's announcer.

Ed Sheeran performed his single The A Team. 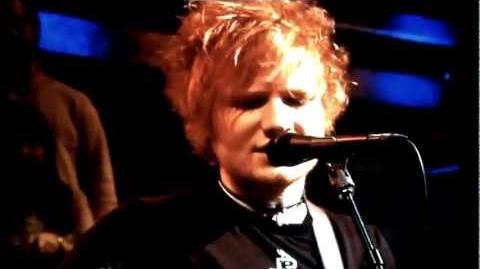 Retrieved from "https://edsheeran.fandom.com/wiki/Late_Night_with_Jimmy_Fallon?oldid=6668"
Community content is available under CC-BY-SA unless otherwise noted.