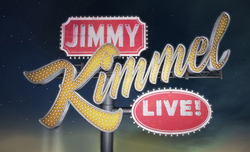 Jimmy Kimmel Live! is an American late-night talk show, created and hosted by James "Jimmy" Kimmel, and transmitted on ABC. The nightly hour-long show made its debut on January 26, 2003, following Super Bowl XXXVII. Jimmy Kimmel Live! is produced by Jackhole Productions in association with ABC Studios .

Ed Sheeran performed his singles The A Team and You Need Me, I Don't Need You live.

Ed performed his single Sing and Don't on the show and appeared in a sketch for "Annie". 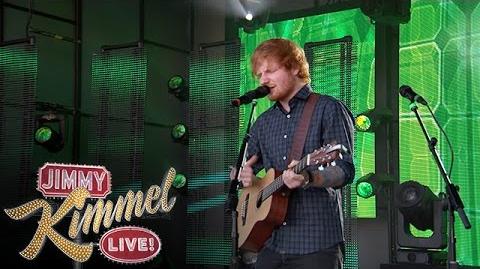 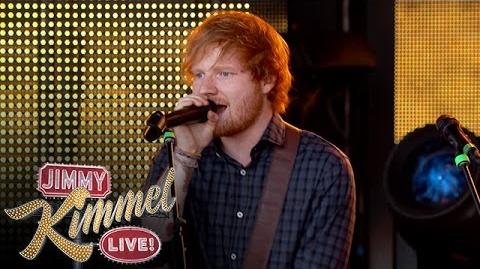 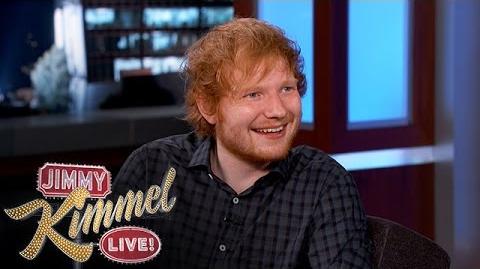 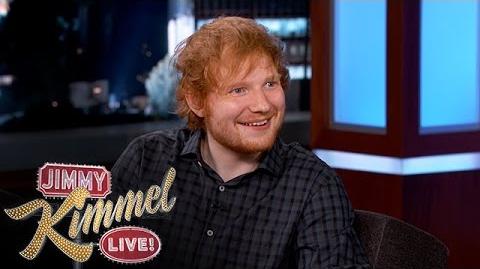 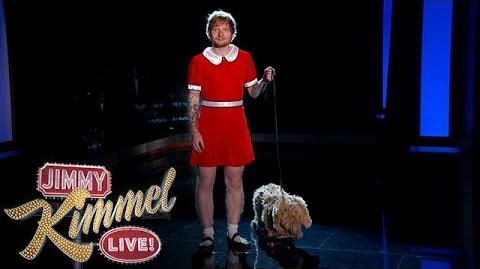 Ed Sheeran is Annie
Retrieved from "https://edsheeran.fandom.com/wiki/Jimmy_Kimmel_Live!?oldid=6670"
Community content is available under CC-BY-SA unless otherwise noted.