The Brit Awards (stylised as the BRIT Awards; often simply called the Brits) are the British Phonographic Industry's annual pop music awards, and the British equivalent of the American Grammy Awards. The name was originally a shortened form of "British", "Britain" or "Britannia" (in the early days the awards were sponsored by Britannia Music Club), but subsequently became a backronym for British Record Industry Trusts Show. In addition, an equivalent awards ceremony for classical music, called the Classic BRIT Awards, is held each May. Robbie Williams holds the record for the most Brit Awards, 12 as a solo artist and another five as part of Take That.

Ed Sheeran won two BRIT Awards for Best British Male and British Breakthrough. He was also nominated in the categories for "Best British Single" for his song The A Team and for "British Album of the year" for his album +.

Despite not being nominated in any category, Sheeran attended the 2013 BRIT Awards.

Sheeran won two awards for "Best Male Solo Artist" and "Album of the Year" for X. He was also nominated in the categories of "British Video" and "British Single of the Year" for Thinking Out Loud. He also performed single Bloodstream. 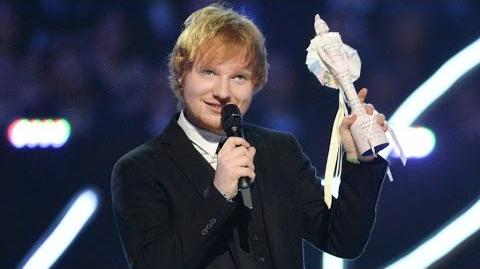 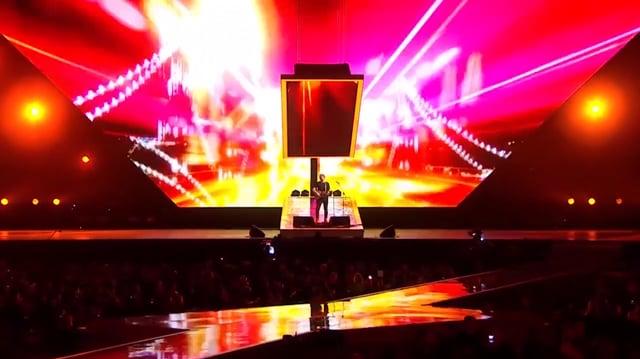 Ed Sheeran The Brits 2015
Add a photo to this gallery

Sheeran was nominated in the categories of "British Single of the Year" for Bloodstream and "British Video" for Photograph.

Retrieved from "https://edsheeran.fandom.com/wiki/BRIT_Awards?oldid=7427"
Community content is available under CC-BY-SA unless otherwise noted.