Happier
(27 April 2018)
"÷" (pronounced Divide) is the third studio album by English singer-songwriter Ed Sheeran. It was released on 3 March 2017 through Asylum Records and Atlantic Records. The album was preceded by two singles, Shape of You and Castle on the Hill.

On 13 December 2016, after a year long hiatus and social media break, Sheeran tweeted a picture and changed his twitter, Facebook and instagram to a light blue, which his friends is guessing hat it was implying the new album title name. On 1 January 2017, Sheeran uploaded a video on social media websites which shows him holding a paper written "New Song Coming Friday", and entails that the first album single from his upcoming new album will be available at 6 January 2017. [1] The album is set to be released later in 2017. He later confirmed the title of the album through his Twitter account on January 5, 2017. On 12 January 2017, Sheeran revealed the track list and the release date for the album. 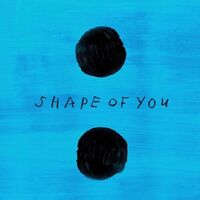 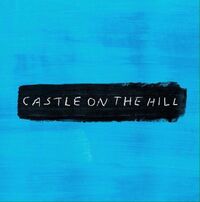 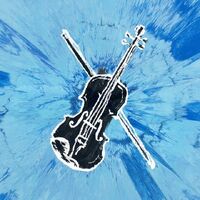 ÷ received a Metacritic score of 64 based on 15 reviews, indicating "generally favorable reviews". Martin Townsend of the Daily Express gave a highly positive five-star review, calling it "Ed's strongest collection to date" and "a shimmering and magical record" and also said "Ed does the toughest thing in pop music disarmingly well, he writes and performs songs which are rooted winningly in smalltown everyday life but which strike a universal chord." Maura Johnston of Rolling Stone gave a four-star review stating 'Ed is still showcasing pop savvy on Divide' and went on to say "Sheeran doubles down on the blend of hip-hop bravado and everyday-bloke songwriting that helped him break out at the turn of the decade." Roisin O'Connor of The Independent also gave it a four-star rating, claiming "[the album] leans on little asides from Sheeran's own talent" and that it was "astonishing for its sheer ambition alone". Jordan Bassett of NME described the album as "a collection that, somehow, adheres to his perfect pop template… while also being quietly weird", and that the album is "likeable", "assured but unassuming and sometimes hard to fathom". Mark Kennedy of the Associated Press, after commenting on the album's "missteps," said that it "is certain to add listeners, subtract a few weary of his inconsistency, but definitely multiply his bank account," and ultimately called Sheeran "a special talent."[2] Some were critical; Harriet Gibsone of The Guardian gave the album a negative two-star rating out of five, calling it "no less calculating than his peers at the very top level of pop stardom".[3]

The album sold 232,000 physical and digital copies in the UK in its first day of release without the inclusion of streaming data, more than the sales of Sheeran's previous album x in its first week. The tracks of the album also achieved a total of 56.73 million streams worldwide on Spotify in a single day, breaking the previous record of 29 million for Starboy by The Weeknd in November 2016. In total, all tracks by Sheeran were streamed 68.7 million times that day, breaking the previous record of 40.3 million streams of The Weeknd, with the single from ÷ "Shape of You" receiving 10.12 million streams, itself another record.

Retrieved from "https://edsheeran.fandom.com/wiki/÷?oldid=8739"
Community content is available under CC-BY-SA unless otherwise noted.